Tao Of Jeet Kune Do

Bruce Lee started his martial arts training in Hong Kong. He was thirteen years old at the time. A friend introduced him to Yip Man, grandmaster of Wing Chun Kung-Fu. Bruce trained hard for five years. What he learned, he tried out on the street and got into trouble again and again. His parents therefore decided to send him to America in 1959. There he graduated from high school and went on to study philosophy at Washington University in Seattle. In his spare time he gave Kung-Fu lessons to a small group of students. One of these students was Linda Emery, whom he married in 1964. Bruce opened three Kung-Fu schools: in Oakland, Seattle and Los Angeles. He was deeply fascinated by martial arts and everything related to it and collected more than two thousand books on the subject.

Bruce Lee died in 1973 at the age of 32, at the height of his career. He left the world four films and the martial art Jeet Kune Do developed by him. Bruce had also worked on a book in which he wanted to publish his ideas about martial arts. It should have been a 7-volume encyclopedia for which he had already come up with a title, The Tao of Jeet Kune Do. When his wife Linda decided to publish the book after his death, she faced the almost impossible task of arranging all the written material. With the help of Gilbert Johnson, who edited the book, and Bruce's students, The Tao of Jeet Kune Do eventually came about.

The book has now been translated into 11 languages ??and more than a million copies have been sold worldwide! The Dutch edition of Tao by Jeet Kune Do is published in the year that Bruce Lee would have turned 70 on November 27 and was delivered by James ter Beek, who himself was taught by Ted Wong, one of Bruce Lee's most gifted students. , and is a certified Jeet Kune Do instructor. Translating the sometimes complicated text took two years. 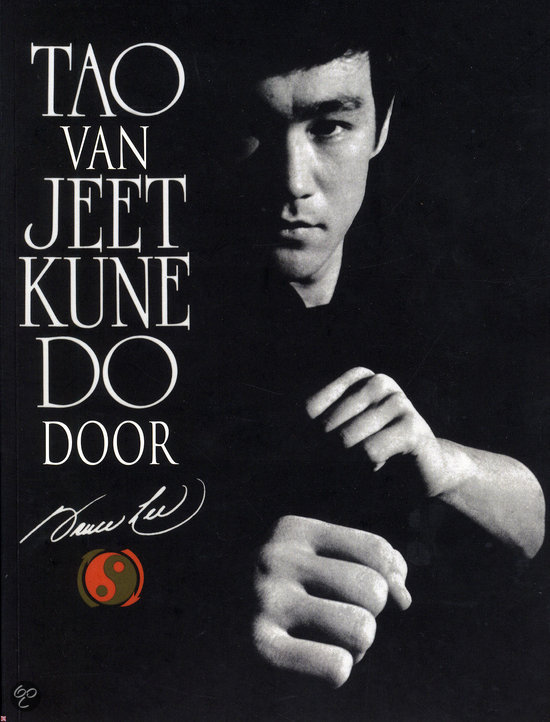 At The Academy you can practice

Training in a relax atmosphere

Discover which martial art suits you the best

Defend yourself effectively in a few weeks

For girls, man, young and old

Practice one or both Martial Arts

Both Martial Arts complement each other

The name, likeness, image, domain names, designs, and trademarks of, or associated with, Bruce Lee©
are owned by ©Bruce Lee Enterprises, LLC. All Rights Reserved