On January 10-11, 1996, a select group of 19 individuals (the majority of whom trained directly with Bruce Lee, as well as several high-level second-generation students of Dan Inosanto, and Ted Wong) gathered for a two-day summit to discuss the preservation and perpetuation of Bruce Lee’s art and science known as Jeet Kune Do.

It was decided that the organization would be set up as a non-profit organization established for the purpose of preserving and perpetuating all facets of Lee’s art. Furthermore, it was decided by the individuals in attendance that the official name of the group would be the “Jun Fan Jeet Kune Do Nucelus.” The word “Nucleus” was chosen to describe this “core” group, because it is a term Lee often used in describing the “totality” of combat or the “circle with no circumference.”

The people in attendance at the inaugural meeting were:

John Little Jerry Poteet (invited but did not attend) 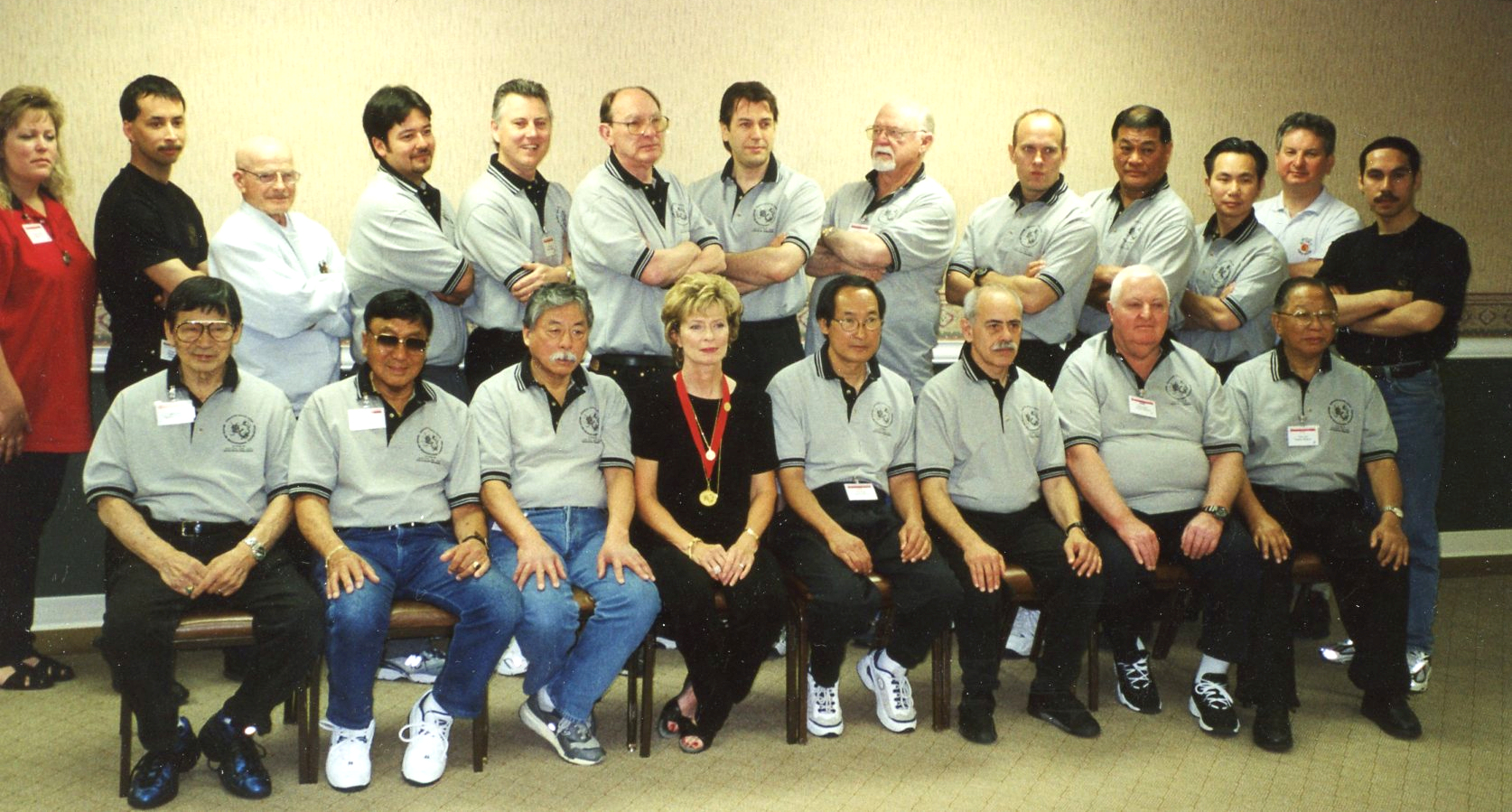 Together with the Nucleus in Las Vegas 2000

At The Academy you can practice

Training in a relax atmosphere

Discover which martial art suits you the best

Defend yourself effectively in a few weeks

For girls, man, young and old

Practice one or both Martial Arts

Both Martial Arts complement each other

The name, likeness, image, domain names, designs, and trademarks of, or associated with, Bruce Lee©
are owned by ©Bruce Lee Enterprises, LLC. All Rights Reserved